Perhaps it is more about personal taste – different strokes for different folks – but are there some design trends that were just mistakes pure and simple?

Over the years we have seen many an interior design become trendy again. Yet, there are some that most hope will NEVER be resurrected – though we can never say never when it comes to design trends as we really don’t know what will pop back up when we least suspect it!

Here are some of the most cringeworthy interior designs of all time, including some which can seriously put off potential buyers or even devalue your home! 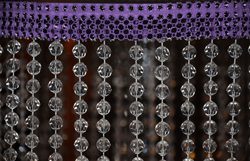 Perhaps used for a practical reason as they did serve the purpose of…absolutely nothing…what on earth were they even meant for?! Not only were these curtains unsightly, they were also accompanied by a mildly irritating clattering noise every time someone came through the door way. Definitely one to stay buried in history. 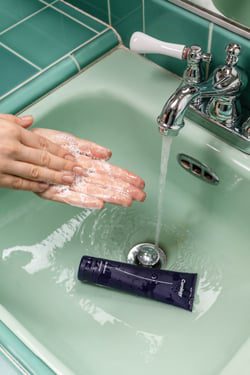 Whilst this was certainly a must have item back in the 1970s, a recent study suggested Brits find this bathroom trend highly offensive.

Another survey revealed that an avocado bathroom could devalue your home by as much as £5,000 and the survey results confirmed that if they purchased a house featuring one, it would be updated as their first priority.

This interior fashion had its day and was apparently deemed unhygienic and a bit of an eyesore. So, there isn’t really much more to say about carpeted walls, other than ‘keep your carpets on the floor in future people’!

How were these even a thing?! Surely this must be one of the worst furnishing fails of the last 50 years. Often featuring ghastly colours that matched an even more ghastly bathroom carpet, Brits believe this trend to be ‘yuk, yuk, yuk’ and one which should most definitely be forgotten.

Up there with stencilling, this slightly wacky and so called ‘creative’ approach to decorating came and went pretty quickly. According to design experts it also doesn’t appear to be likely to return to our homes any time soon.

There is a place for taxidermy and unless its in a cabin in the woods, it certainly brings more death than life to British homes. Whilst in more recent years, stag ornaments have made a comeback these have tended to faux versions and this might be because according to a recent study, Brits consider taxidermy to be an unappealing décor choice.

Though clothing fashion trends still accept animal prints, in the interior design world this trend has had its day. However, this is one that divides opinions as it may simply just come down to personal taste – a bit like Marmite, you either love it or hate it! Perhaps used sparingly it could still remain acceptable…? 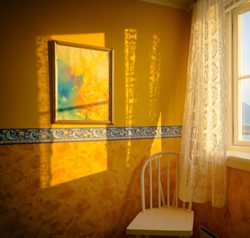 These were great, weren’t they? In fact, they were so popular your wall felt lonely without one. Using a matching border to the wallpaper was even better…what were we thinking?! According to the British public this design feature is one that can be classified as a lesson not a blessing.