The latest inflation report from the Bank of England contains, as usual, a plethora of information and statistics, some actual and some forecasted. Inflation, the bogeyman of the past, is now managed around the accepted level of around 2%. Thinking back, things have certainly changed from the heady heights of the decade between 1974 and 1984 where the compound interest rate was a whopping 258%! So, for the moment, the bogeyman appears to be back in the cupboard and economic growth is leading the way.

There has been increased household spending for the last ten quarters and is now near the levels experienced at the end of 2007. This can be seen as a good thing, as although incomes are not rising significantly people feel confident enough to spend as the threat of job losses recede and there is optimism about future income. As a leading door supplier we at JB Kind take particular interest in housing investment as the need for our products is closely aligned to household expenditure.

There have recently been mixed messages coming out about the housing market despite prices rising by an average of 6.4% in England and Wales over the last twelve months. Housing starts and completions have been rising since mid-2012 and are expected to increase by a further 18% in 2014 and more growth is anticipated in the years ahead. The number of mortgage approvals, however, was weaker than anticipated due, in part, to the Mortgage Market Review (MMR) which requires people applying for a loan to give more details about their finances to establish their ability to repay the loan. 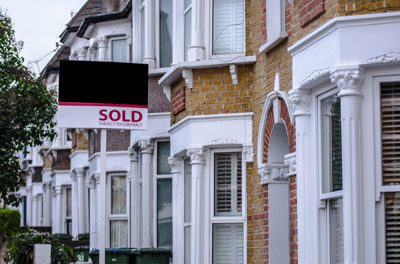 A report from Savill’s Estate Agents, reported in The guardian 26th August 2014 states UK house prices will end the year 9.5% higher than they started it, much higher than the predicted 6.55% increase.

The ratio of house prices to income is rising, whereas mortgage payments as a proportion of income has maintained its level of around 35% (over 50% at its peak in 2007). The result of the artificially low Bank of England base interest rates since 2008 have helped considerably in reducing mortgage lending rates, but this could soon change.

Looking to the future – some encouraging indicators

In previous blogs I have discussed the difficulty of predicting the future as far as the housing sector is concerned. The latest data from the Bank of England shows that the economy is growing steadily and house starts are expected to grow over the next few quarters as householders invest in “bricks and mortar” and home improvements.

Inflation is now under control, but interest rates are forecast to rise over the next six to nine months. Assuming this to be the case, then this will act to control to pace of house price inflation over the medium term and on this basis we have to assume that the housing market will continue on a steady upward path.