Here at JB Kind we like our films and television nearly as much as we love our doors. We brought you the most famous doors from both film and television 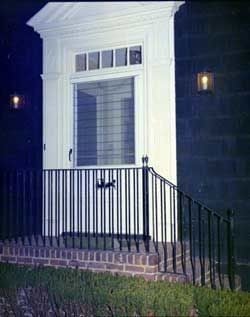 What happened behind the front door of 112 Ocean Avenue has prompted the creation of countless horror films. The Amityville Horror was the first film released, back in 1979, which depicts the demise of a family terrorised by supernatural forces conjured by a previous atrocity.

Appearing as a beautiful Dutch home, the murders of six family members, at the hands of a sibling and son, has caused 112 Ocean Avenue to be one of the most feared properties in the world. Not only is it a front door you wouldn’t want to enter in a film, but it isn’t one for real-life either.

The Door Knockers, The Labyrinth

A 1980s cult classic starring the late and great David Bowie, The Labyrinth is a step into the bizarre. From beginning to end, amongst incredible Jim Henson puppets and enthusiastic musical numbers, Jareth the Goblin King (played by Bowie) entices Sarah (a young Jennifer Connelly) into his frightening maze to save her baby brother Toby.

Whilst navigating her way around the labyrinth, Sarah comes up against a plethora of oddities, including a set of two doors with elaborate door knockers. Catch is, the door knockers can speak! One door leads to the castle and one leads to…certain death. To keep the story interesting, Sarah chooses the incorrect door and plummets into the darkness of an oubliette.

Every Single Door, The Shining 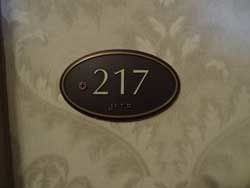 Stephen King took his inspiration for The Overlook Hotel in The Shining from his experience as one of just three guests at The Stanley Hotel, Colorado. The book was a success, so much so that Stanley Kubrick went on to turn it into the most celebrated and horrifying films of all time.

With blood flowing out of elevator doors and Jack Nicholson taking an axe to another in pursuit of murdering his wife, there is not a chance anybody would enter any of the doors at the fictional Overlook Hotel.

However, like 112 Ocean Drive, there is frightening truth behind the story that makes a visit to the real-life location a petrifying thought. Apparitions have appeared to many guests and the infamous room behind door 217 is said to be the most evil of them all. 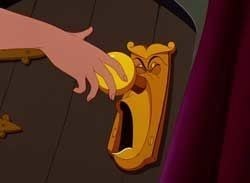 Hats off to Alice, she is a brave soul. Unlike Alice in Wonderland’s namesake heroin, there is not a chance that you would catch us heading through a door that we had to physically shrink to get through. And, like The Labyrinth, it speaks. “Curiouser and curiouser,” doesn’t quite cut it with us Alice.

Whilst Lewis Carroll undoubtedly penned a classic novel with Alice’s Adventures in Wonderland, we can’t help but find the film adaptation’s depiction of this scene deeply unsettling. Not only does the speaking door leave Alice with little choice but to drink an unspecified liquid, he nearly causes her to “go out like a candle.” Pretty sinister stuff for a Disney film. 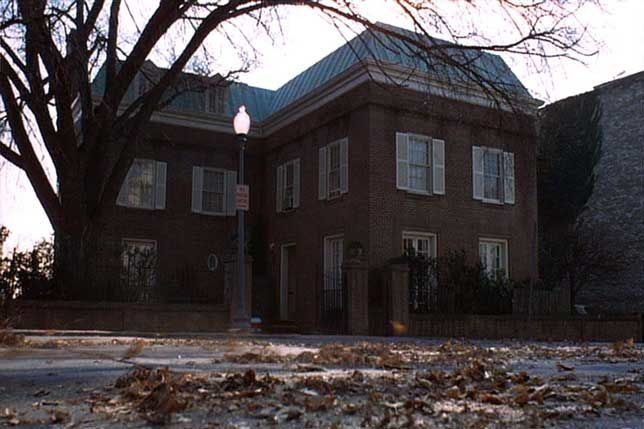 Today, the ‘McNeil House’ from chilling supernatural classic The Exorcist appears as a regular family home in Georgetown, Washington. However, with the addition of an extra wing and mansard roof in the 1973 horror movie, 3600 Prospect Street looks capable of housing a menacing demon.

The story, based loosely on actual events, tells the story of a young girl called Regan. Behind her bedroom door, she begins levitating and speaking in tongues. She deteriorates rapidly and a local priest believes she has been seized by the devil. If you have seen the film, you could understand why we would keep Regan’s bedroom door firmly shut! We don’t want a repeat of the spider walk stairs scene…