The top 5 most extreme doors in the world!

Our newly launched External Extreme doors may be exceptional in terms of being weatherproof, strong and robust, but there are many other world famous doors boasting their own ‘extreme’ credentials! Here are five of our favourites: 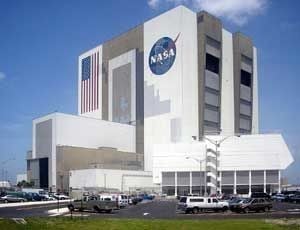 The world’s largest doors are reputed to be those of the NASA Vehicle Assembly Building at the Kennedy Space Centre, on Merritt Island, Florida. The building is the fourth largest structure in the world by volume – and actually the largest when originally completed in 1965.

Each of its four doors measure 139 metres (that’s 456 feet) high. In contrast, the Statue of Liberty is only 93 metres high, making these some extreme doors indeed! Because of their impressive stature, the doors take 45 minutes to open or close. 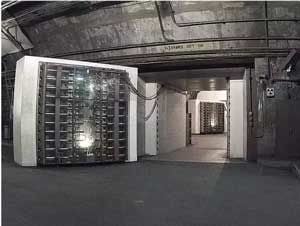 Cheyenne Mountain Complex is a military installation and nuclear bunker located in Colorado Springs at the Cheyenne Mountain Air Force Station, which hosts the activities of several squadron units.

Employees based here work behind two extreme 25-ton doors, which can withstand a 30-megaton blast. To put that into perspective, ‘Fat Man’, the bomb dropped on Nagasaki would have to explode 1,429 times to crack the entrance. The offices there are buried 2,000 feet into the mountain’s granite – so deep that air has to be pumped inside! That air, however, is the cleanest in the world, as it is processed by a state-of-the-art system of chemical, biological, and nuclear filters.

Looking like something straight out of a film set, the UK’s largest gold vault – second in the world only to the Federal Reserve in New York – stores 4,600 5152 tons of gold. The extreme, bombproof door is unlocked via a sophisticated voice recognition system, aided by multiple three-foot-long keys.

The bank won’t actually reveal how heavy the door is or how deep down the vault is buried, but it does have more floor space than London’s Tower 42, which is a 47-story building! 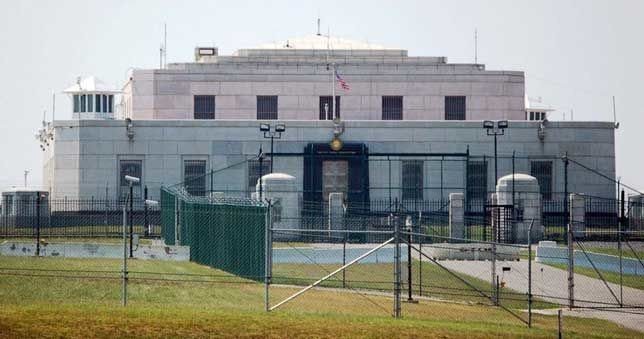 Another of the world’s most secure vault doors is at the Fort Knox bullion depository, located within the Fort Knox US army base south of Louisville in Kentucky. The depository contains over 4,000 tonnes of gold bullion inside a granite-lined vault, which is protected by an extreme, blast-proof door weighing 22 tonnes.

If that wasn’t extreme enough, no single person is entrusted enough with the entire combination required to open the vault; ten members of the depository staff must dial in different combinations, each known only to them. 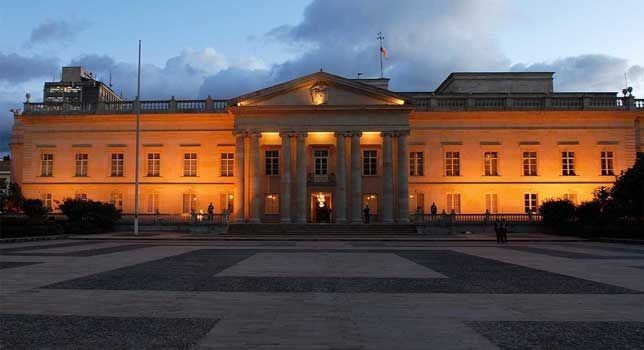 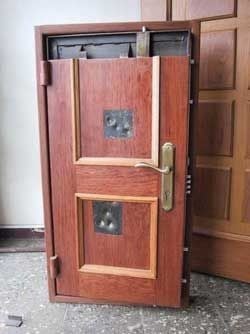 Fitted to the home of the President of Colombia, as well as numerous embassies around the world, are these extreme security doors from Technoimport. These doors have been specially designed to resist attack by burglars and rival gangs.

The door is made from steel and is bulletproof (it will stop a Magnum 57 bullet), as well as unable to be cut through with cutting or welding equipment. It is also fireproof and designed to withstand explosives! The door locks in ten places and operated via a biometric fingerprint lock, which automatically checks for blood flow to ensure the finger is attached to a living human!